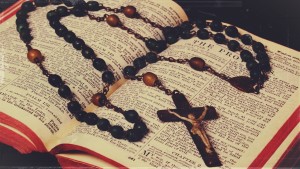 In the early morning of May 6, 2019, Irene passed away at the home of her daughter, Mrs. Gloria Barr, at the age of 97. She was born September 22, 1921 to Susanne Melanie Kosch and Jean Pierre Back in Mamer, Luxembourg.  She came to America as a war bride and moved around the country, even going to France with her military husband and family before retiring in Selma, AL for the majority of her life.

Irene was predeceased by her parents; her husband, Braxton Milton Parker; a son, Johnnie Sylvester Parker; a son-in-law Jerry Demone Barr; two sisters and their spouses, Yvonne-Anna (John-Peter) Nilles and Marcella-Sophia (Josy) Jadot and one brother, Rene Back.

Irene was a dedicated wife, mother, grandmother and great-grandmother who ran a licensed daycare from her home.  She was a devoted Catholic who volunteered often at the church.  She always had a smile, a helping hand and a word of comfort for everyone.  She adored the children that she baby-sat along the way.  They were an integral part of her life and she spoke of them all the way until the end.