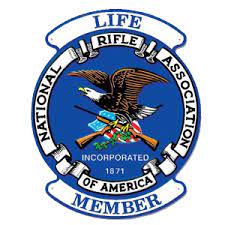 James Dale Nichols passed away peacefully on Friday, October 1, 2021. He was born October 20, 1955 in Selma, Alabama and was raised on a multi-generational ranch spanning from Dallas County in to Perry County.

He graduated from Meadowview Christian School and received a degree in diesel mechanical engineering from George C. Wallace Community College – Selma. He used this degree even after he went to be a rancher full-time. He nurtured and cared for an array of cattle, horses, dogs, down to even his favorite hummingbirds and back-porch-deer he enjoyed watching daily. He had a kind, generous and tender-hearted nature his entire life, from helping friends to strangers in need. He loved deeply and with the utmost compassion. He fell in love with his wife of 26 years, Susie, when she was 14 years old and him 20, in which began a life-long and strong friendship that would become their rock-solid foundation when they reunited in 1994. Their love will always be a once-in-a-lifetime type of love filled with passion, kindness, patience, and a loyalty to one another that is Heaven sent and truly God formed. He was the greatest daddy to his beloved and devoted daughter, Tanner Logan Chapman and taught her many trades; two of which were his wittiness and all of his valuable debate skills. Both of these skills made him proud and quite entertained throughout the years.

He was an avid bird watcher and had a plethora of books that he notated and highlighted each specific one he encountered throughout his life and travels. He was steadfast in his beliefs and a very proud lifetime member of the NRA. He also had a warmness to him like no other and his loving hugs could even make a bad day automatically fill you with his calmness.

No funeral services will be held at this time.

In lieu of flowers, the family requests memorial donations be made to the National Audubon Society in his memory; 225 Varick St; New York, NY 10014.